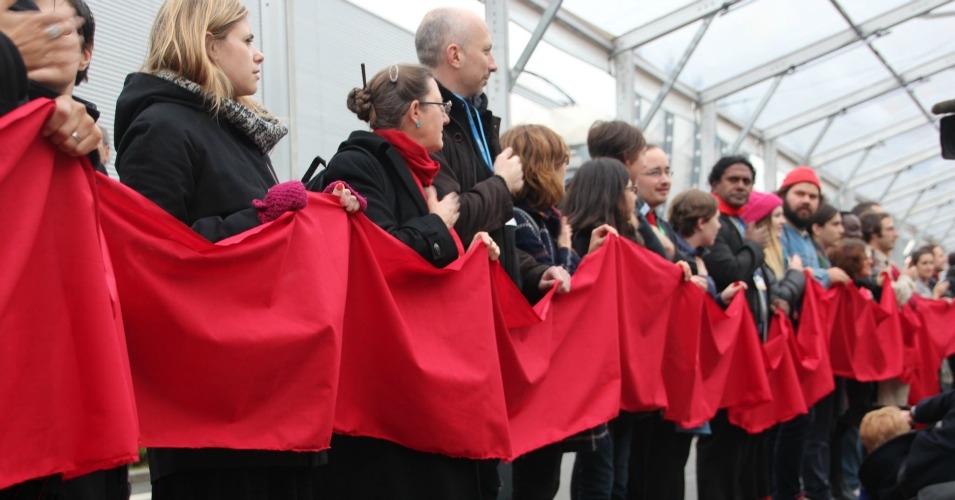 It has become a predictable pattern at the annual UN climate conferences for participants to describe the outcome in widely divergent ways. This was first apparent after the high-profile Copenhagen conference in 2009, when a four-page non-agreement was praised by diplomats, but denounced by well-known critics as a “sham,” a “farce,” and a mere face-saver. UN insiders proclaimed the divisive 2013 Warsaw climate conference a success, even though global South delegates and most civil society observers had staged an angry walk-out a day prior to its scheduled conclusion.

So it was no surprise when this happened again on December 12th in Paris. Francois Hollande praised the Paris Agreement as “ambitious,” “binding,” and “universal.” Ban Ki-moon said it ushers in a “new era of global cooperation,” and UN climate convention executive secretary Christiana Figueres described it as “an agreement of solidarity with the most vulnerable.” Barack Obama waxed triumphant and proclaimed the outcome a testament to American leadership in diplomacy and technology.