Two central ideologies behind school-choice are markets always make superior decisions and the cost of having local control of schools is poor outcomes. Both ideas are demonstrably untrue, but big money and power politics keep them alive.

In 2017, a national survey showed a dramatic drop in support for charter schools. A related Chalkbeat article said,

The survey, conducted by the school choice-friendly journal Education Next, found that slightly more Americans support charter schools, 39 percent, than oppose them, at 36 percent. But that marks a drop from 51 percent support just last year — one of the biggest changes in public opinion seen in the long-running survey, according to Harvard professor and the magazine’s editor-in-chief Marty West.

An internet search of “charter school growth slowing” brings up articles from around the country concerning the charter slow down. Education Week noted, “Last year, more charter schools closed than opened in the Bay Area for the first time since California passed its charter law in 1992. (California was the second state to allow charters to open.)”

“The City Fund, as the group is being called, will push cities to expand charter schools and district schools with charter-like autonomy. It represents a big increase in visibility and influence for advocates of the “portfolio model” of running schools, a strategy that’s been adopted by cities like New Orleans, Denver, and Indianapolis.

“The group was announced Tuesday morning on the blog of Neerav Kingsland, who leads education giving at The Laura and John Arnold Foundation. According to a separate presentation created by the group and viewed by Chalkbeat, the Arnold Foundation and the Hastings Fund have already given the group over $200 million.”

Reed Hastings (Netflix Founder and CEO) is a charter school advocate who served on the board of the California Charter School Association; was the primary advocate of California’s charter school co-location law; and was also a key supporter for lifting charter school limits in California. He is a primary investor in DreamBox Learning, a company creating software to teach kids at computers. He famously stated that elected school boards need to be done away with.

John Arnold made his fortune at Enron and a hedge fund. He retired at 38-years-old. His private non-profit, the Laura and John Arnold foundation supports privatizing schools and ending democratic local control. He gives lavishly to charter schools (example: Gifted the Charter Growth Fund – $13 million).

The portfolio model of school reform calls for viewing schools like assets in a stock portfolio. Based primarily on the results of standardized testing the bottom scoring 5% of schools should be closed and replaced with new charter or innovation schools (charter like district schools). A serious flaw in this plan is the problem of error causes standardized testing to be useless for evaluating schools or teachers. Testing is a terrible ruler.

“Bonafide Reformer Jay P. Greene of the University of Arkansas has written several posts arguing that the portfolio model is a failure and that it is no different from a school district (although it is privately controlled). Read here. and here. The latter post is advice written to the Arnold Foundation about why it should not invest in the portfolio model. Sad. They didn’t listen.”

Innovation schools are promoted by the American Legislative Exchange Council (ALEC). They are district schools which present an operation plan for improving test outcomes and then receive autonomy to carry out the plan. Weather innovation or charter, local control of schools by democratic means is ended.

In cities like Denver and Indianapolis, the portfolio model almost exclusively effects schools in poor and minority communities. In other words, the students most negatively impacted by this theory have their schools closed and the community loses its democratic rights.

This spring, ITPI published “Fraud and Waste in California’s Charter Schools.” The report documents $149,000,000 fraudulently purloined by factions of the California charter-school industry. The total of stealing stated is a summation of cases cited in media reports. The actual amount stolen is much larger.

The ITPI report also reveals how fortunes are created by gaining control of publicly financed assets. The report discloses,

The American Federation of Teacher (AFT) released a new white paper, “Report on the Aftermath of the Great Depression: A Decade of Neglect.” It shares,

R.B. Buzz Woolley is a wealth philanthropist and venture capitalist from La Jolla, California. A San Diego Reader report from 2011 said of him,

“On the political front, meanwhile, Woolley personally donated $6500 to the California Charter Schools PAC in March and $25,000 to the Alliance of California Charter Schools Independent Expenditure Committee in June. In May, he also kicked in $10,000 for Californians Against Special Interests, a primarily GOP group mounting an initiative for a so-called paycheck-protection measure banning direct deductions of labor union dues.” 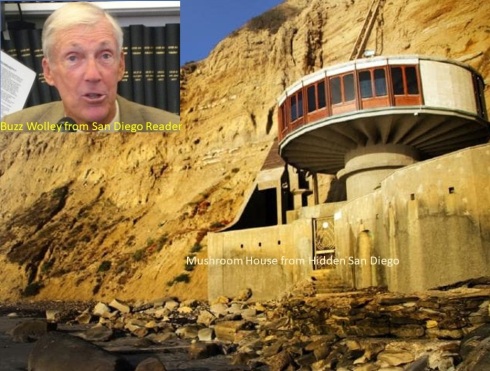 In 2015 Woolley Purchased the Mushroom House for $5 Million

In 2005, Buzz Woolley and longtime columnist Neil Morgan founded Voice of San Diego. It was the first digital nonprofit news organization to serve a local community in the country. Besides his interest in using new technologies for media, Woolley also is enthusiastic about education technology in the classroom. In 2013 Woolley’s Girard Foundation sent over $500,000 to companies developing software for “personalized” education and competency-based education.

In 2004, Buzz Wooley was the President of the then new Charter School Growth Fund. That year, Don Fisher (Gap Inc.) and Wooley each contributed $100,000 to the fund. They were the only contributors. John Walton (Walmart) and Greg Penner (Walmart) joined the board. The next year, Buzz Wooley resigned as President. 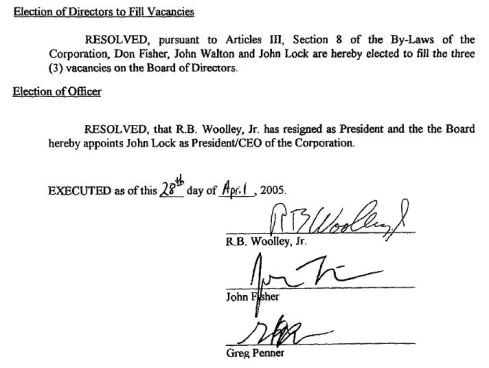 Image is from the Charter School Growth Fund 2005 Tax Form

In 2003, she moved on to High Tech High where she was a teacher and project-based learning trainer until 2005 or 2006. Her linked in profile says she worked at High Tech until 2006 but it also says that in 2005 she went to Los Angeles to be an Assistant Principal at Camino Nuevo Charter Academy. In 2008, she moved on to be Principle on special assignment at De Vinci Schools (Formerly Wiseburn 21st Century Charter). She left De Vinci schools and returned to San Diego in 2013. 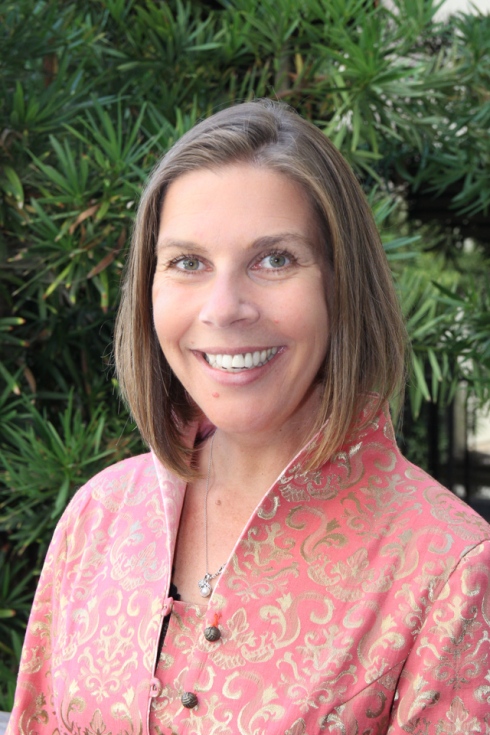 Along the way, Nicole earned a master’s degree in English and Communication/Media Studies from University of San Diego – 2004 and a Doctorate in Education from the University of Southern California – 2010.

The 34-years-old Nicole was provided with $8,960 from the Charter School Growth Fund and $100,000 from the Gates supported Educause to come to San Diego and start a charter school.

SDUSD’s charter review committee recommended her proposed Thrive Public Schools be authorized to start September 1, 2015 instead of 2014. They felt she needed more time to get a school organized and populated. In a surprise move the SDUSD Board voted 3-2 to reject the petition.

The next day Buzz Woolley’s Voice of San Diego ran an opinion piece by Nicole. She called herself “a sacrificial lamb” and said the Board “made a mockery of the entire charter-approval process, which I worked diligently to navigate.” She also wrote, “Thankfully, the County Board of Education has an opportunity to right this wrong when our appeal comes before them next week.”

The county also turned down the charter with a 3-2 vote. The county review committee had recommended against approving the charter.

Nicole really had no worries because the pro-school-privatizing State Board of Education (SBE) would come to her rescue. Though the law encourages the SBE to respect the decisions of counties and districts, it seldom does. In the spring, SBE voted 9-0 to authorize Thrive Public Schools.

Nicole has opened two more schools and has a fourth set to open in September. Choice promoting publication, The 74, describes a co-located Thrive elementary school,

“The Juanita Hills campus is co-located with Carver Elementary, a pre-K-5 school that enrolls much higher proportions of disadvantaged students and English learners than Thrive. The two facilities share the same lot, but a long blue line has been painted down the center to separate them. A Thrive parent complained that though Carver had its own library on-site, Thrive kids couldn’t use it.”

Tom Vander Ark is a well-known promoter of education technology and public-school privatization. He described the Thrive education program,

“Curriculum such as Readers’ and Writers’ Workshop and CGI Math provide collaborative opportunities for small groups to work directly with the teacher, while other students work on Chromebooks or iPads.

Kids at computers running software programs is lifeless, boring and de-personalized. It is bad education.

The three existing Thrive schools opened in the administrative area of SDUSD known as the Crawford Cluster. Like most cities, it is in San Diego’s poor and minority communities where the privatization efforts are focused. One of the reasons SDUSD’s Board rejected the Thrive petition was to protect the existing schools. There were already four charter schools within the cluster boundaries. 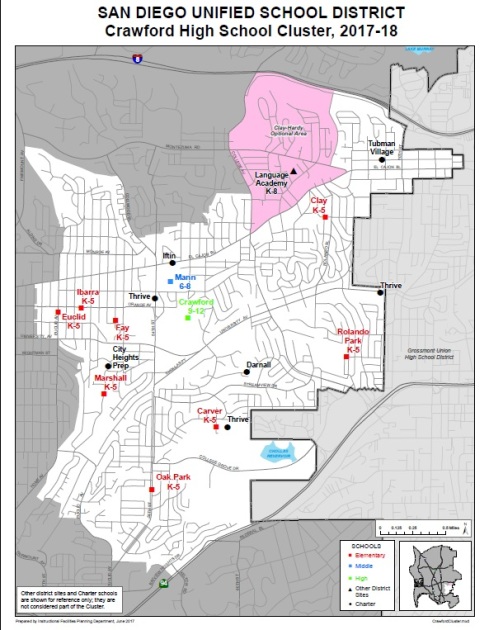 In 2017, Thrive announced its big advance which stands to make founder and CEO Assisi a wealthy woman. The report in the San Diego Union says,

“The 35,000-square-foot facility will be the fourth San Diego campus for Thrive Schools and will open in about 12 months at the former site of Bayside Community Center at 6882 Linda Vista Road.”

“Civic San Diego was eligible for the program and was allowed to sell the tax credits to whoever was making the investment. In this case, the credits were sold to the bank lending money to Thrive to buy the site.”

Although paid for with tax money, the deed will belong to Thrive Public Schools and CEO Nicole Assisi.

Thrive Public Schools is a net negative for San Diego. SDUSD is far more professional, stable and capable. Thrive undermines SDUSD budgets and divides people like the students at Carver Elementary. The charter school experiment has failed. It was a bad idea and it needs to end. Put these schools under the supervision of elected school boards and quit stealing tax payer money. School choice truly is a Bamboozle a Hornswoggle.

In June 2017, I retired from teaching. Today, I am joining with other likeminded educators to stop the destruction of the World’s greatest public education system which has suffered serious damage by “philanthropists” over the last three plus decades.