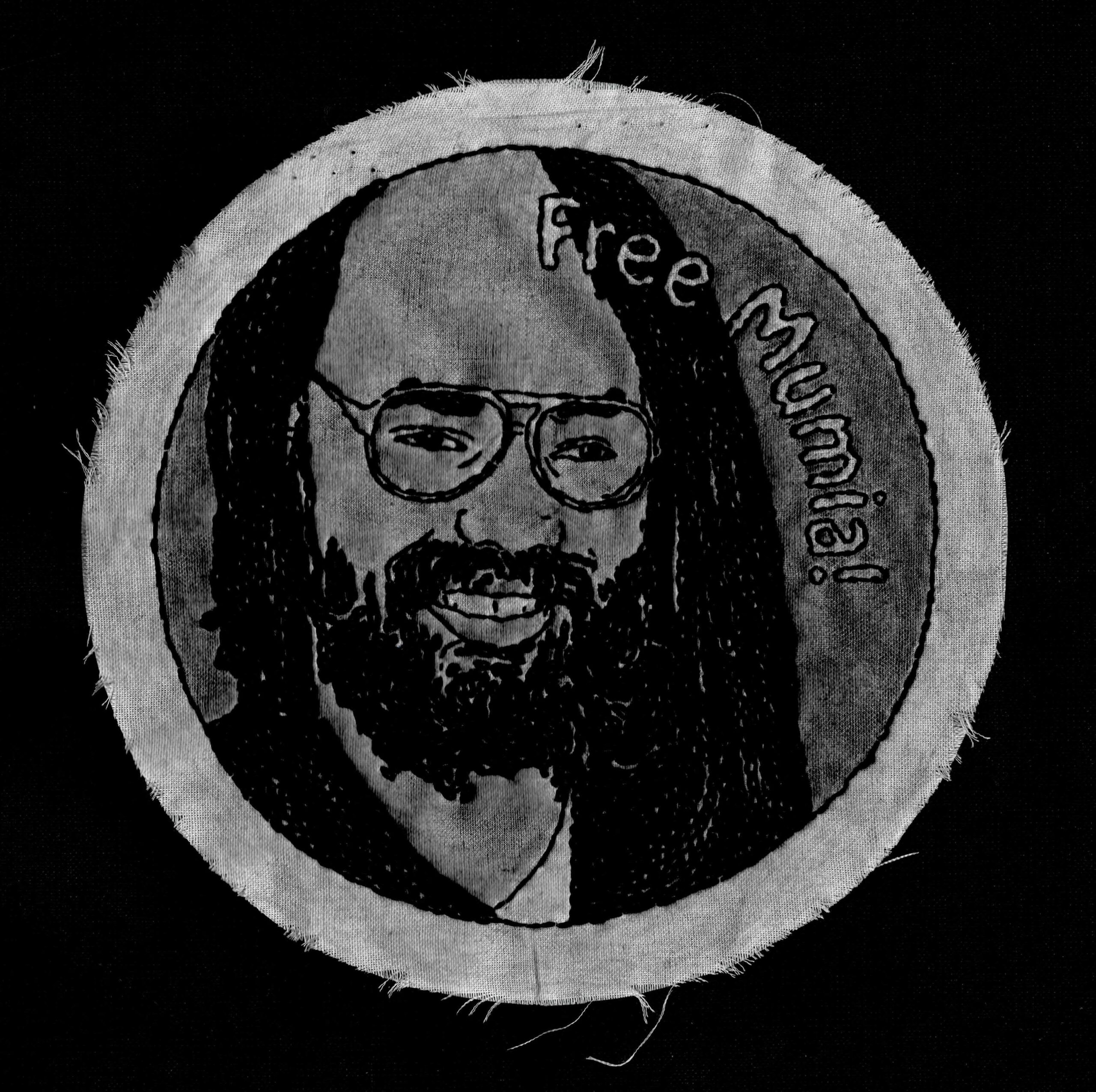 Injustice is an industry in the United States of America, just like militarism and prisons. An inorganic perennial landscape irrigated by lies, silence, deception, fossil fuels, white-freedom-weapons and the victimization of black and brown people. A rhizomatous perpetual motion machine whose oozing pus fertilizes itself and keeps going.

This industry is undemocratic and bipartisan. It uses words like freedom and dreams and green to describe the journey.

Don’t be fooled. There’s nothing free and dreamy and green about this journey. It is in fact shackled and nightmarish and grey, rooted in the oxymoronic and popular yet fantastical belief in infinite human potential on a finite planet. This potential, still needs a piece of the planet to thrive. And if we turn around to face the diabolically long and wide landscape, we might get a sense of the human miasma in this journey of injustice. We might see Mumia Abu-Jamal, somewhere in the distance, 39-40 years ago. Like a lotus blooming through the muck.

Conventional wisdom would have us believe that it is insane to resist this, the mightiest of empires, but what history really shows is that today’s empire is tomorrow’s ashes; that nothing lasts forever, and that to not resist is to acquiesce in your own oppression. The greatest form of sanity that anyone can exercise is to resist that force that is trying to repress, oppress, and fight down the human spirit. — political prisoner Mumia Abu-Jamal, Incarcerated at SCI Mahanoy, Pennsylvania; his twelfth book, “the sweeping historical polemic, Murder Incorporated: Empire, Genocide, and Manifest Destiny marks a historic pinnacle for Abu-Jamal as a writer and critic of the American Empire.”

We don’t need some unreal green message from the future where everyone is living off the fat of the land. Maybe we’re going about it all wrong and need to stop and look back instead of looking forward. Maybe the answer to the human miasma lies there? In a small piece of the planet-past. Maybe then it will hit us. That solutionism itself needs a piece of the earth, and the end result will be more violence, more displacement and death and devastation. Not less.

Mumia and his story sits on one of those pieces of the planet-past. Forgotten and neglected in our liberal quest for quenching immediate injustices, and future ones. All Black Lives Matter. Not just those who the state and white supremacists kill instantly, but also those that the state kills slowly. Like Mumia.

The state wants Mumia to die… Congestive heart failure…Covid-19 breathing difficulties…Organ failure of the skin… Unrelenting skin eruptions are causing damaged, ruptured, leathery, dry, exposed wounds. Not one spot on his body is free of dry cracked and bloody open wounds… The message from his personal physician, Dr. Ricardo Alvarez, could not be clearer, ‘Freedom is the only treatment.’— Prison Radio, March 9.

…and that planted the trial judge Albert Sabo and the infamous six words that he was “going to help them fry the ‘n—r’.

White supremacy is an ideology that gets its message across using very few words, and represents one of the darkest greys in the grey scale of the human miasma. But those six words of judge Sabo, for example, bring home the limits of the human potential. That the poison (if you’re a white supremacist) or elixir (if you’re a liberal human supremacist) is always going to be sought through violent means no matter how hard or how light your blow to the planet and the ecosphere: something always moving forward; something extractive; some more pieces of the planet; and the piece that still holds the forgotten freedom for Mumia.

Mumia’s freedom isn’t the freedom you and I are used to and that we take for granted. It’s the real thing: something that has to be unjustly snatched away from you first and then never granted if the system continues to have its way. Our freedom is part of the miasma. An illusion. It’s meaningless if we don’t use it to fight for someone else’s.

But yes, freedom is the only treatment. Freedom for Mumia by other fellow humans. And freedom for the earth, from human superiority.

It’s time to let go of the idea of infinite human potential and let the planet breathe. Let Mumia breathe. That’s one of the few things that we can do that’s within our modest human potential. Our mobilization for freedom of political prisoners like Mumia will actually plant something beautiful and non-violent on this planet without taking a piece of it away.

Your support, from Philadelphia to France, from points across the nation and literally around the globe, has pulled me from a prison cell and placed me in a hospital room to be treated for a condition I didn’t know I had. In the age of pandemic… as of January 2021, over 300,000 prisoners have tested positive for COVID-19. Imagine that… Imagine an elder man, or a woman, or even a young person, because yes, we are also in an age of mass incarceration which day by day increases its infliction upon the elderly, struggling unsuccessfully, to breathe. To walk. To be. I thank you all for reaching out, and I urge you all, let our mission be abolition. — ‘A Letter of Thanks’ by Mumia Abu-Jamal, Prison Radio, March 19.

Resources, updates and calls to action:

Watch the March 18 forum sponsored by the Prisoners Solidarity Committee of Workers World Party titled Mumia Abu-Jamal: The Only Treatment is His Freedom!

The fact that this case is old, 39 years old, and that an innocent man with severe health concerns, is languishing in prison makes it even more critical that you do everything in your power to make sure that justice is not delayed. — What Krasner Needs to Do!, March 18

Priti Gulati Cox (@PritiGCox) is an interdisciplinary artist and lives in Salina, Kansas. See more of her work at occupiedplanet.com.